Alternative and renewable energy company Renergen on Thursday reported a surge an annual revenue, bolstered by soaring gas prices in the wake of the war in Ukraine that is threatening supply.

The company, which is set to launch its Virginia Gas Project in June, expects sales to rise further on growing demand for helium from the healthcare, technology and aerospace sectors and a continued shortage in the global market.

In a statement accompanying its earnings, Renergen said demand would determine how it develops the next phase of its gas project in the Free State.

It has signed five-year deals with Consol Glass and Ceramic Industries, the manufacturing subsidiary of Italtile, as part of the first phase of the project.

The plant was originally set to start operating in 2021, but was delayed in part by the Covid-19 pandemic. The company has faced other operational challenges in the past year, including lockdowns that led to shipping and supply chain delays, a strike in October by workers who are members of the National Union of Metalworkers of SA, and construction delays as the La Niña extreme weather pattern brought higher-than-average rainfall in December. 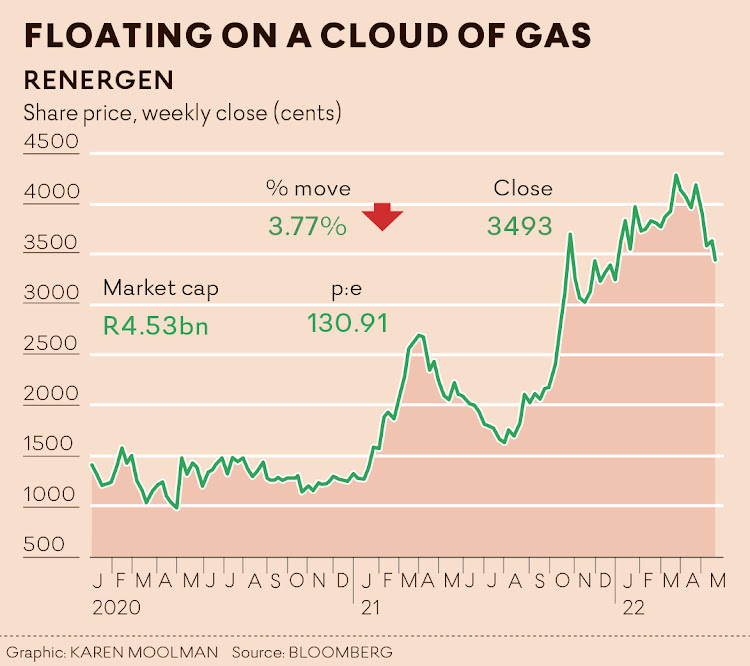 Renergen, which bought the petroleum production rights on a farm in the province in 2013 for $1 (R15.97 at current exchange rates), is now valued at about R4.7bn on the JSE.

Its Tetra4 subsidiary wholly owns the gas plant, SA’s only onshore petroleum development right. The area contains some of the world’s highest concentrations of helium, a byproduct of natural gas that is used in the manufacturing of various electronic equipment such as computer chips and mobile phones.

Renergen says it doesn’t face “material operational or other risks” from higher oil, energy, grain and metal prices, which have increased since Russia invaded Ukraine.