Q&A: Renergen hits the gas with cool tech to benefit the planet 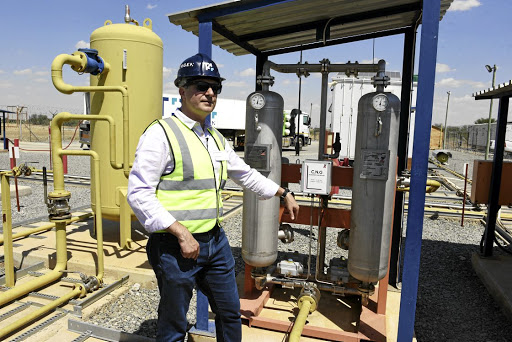 Renergen, an emerging helium and natural gas producer — and the only holder of an onshore oil and gas production licence in SA — is headed for an exciting 2021. It’s partnered with Total to put its liquefied natural gas (LNG) in stations along the N1 and N3 routes and will soon roll out a zero-emissions solution for refrigeration in trucks. CEO Stefano Marani foresees a busy year ahead.

Q: In June you announced the deal with Total to put Renergen’s gas in a filling station on the N3 between Johannesburg and Durban. Now you have plans for the N1 route down to Cape Town. How will this work?

A: We are positioning the filling station on the N1 in such a way that you could do Joburg to Cape Town, Johannesburg to Port Elizabeth, or Johannesburg to Kimberley. Because of where we are locating the station on the N3, you could do Rustenburg to Richards Bay, and you could go all the way down to Umtata. From our perspective, we’ve covered a very large footprint throughout the country. We’re busy determining whether we will increase this with further stations or whether we will just go with two and make them super large. It’s customer dependent.

Q: You have existing customers like AB InBev and Black Knight Logistics which use your compressed natural gas (CNG) in their fleets. Will they be able to fill up at the Total stations and when?

A: With the current users on CNG, they would be switched out to run on LNG when these stations come online. You just change the CNG tank to an LNG tank and the benefit is that range goes from 400km on dual fuel [CNG and diesel] to up to 2,000km if you want to configure it that way, because LNG is massively energy-dense. The way we are configuring the trucks for our customers, you’d be able to do a 1,500km round trip on gas. At this stage we are expecting to turn the gas on at the stations in the third quarter of 2021. In the first phase, we will supply between 400 and 600 trucks. Phase two could service as many as 5,000 trucks, depending on what the final studies look like.

Q: In partnership with trailer manufacturer Henred Fruehauf, you’ve also come up with a zero-emissions solution for refrigeration trucks — the sort that typically move fresh produce and other perishable goods. How does it work?

A: There’s an inordinate amount of energy trapped in liquid natural gas given that it sits at minus 162°C. We’ve come up with a system where you put the LNG tank underneath the trailer where you keep the food. The LNG needs to be brought to room temp before it can be brought into the truck engine, otherwise you damage it. Normally, the LNG would go into a gasifier which, simplistically, is like a car radiator, and the LNG boils in there and comes out at room temperature. But the gasifier itself absorbs a huge amount of energy, making it very cold. So instead of putting that radiator at the back of the truck where it would normally go, we’ve moved it into the cold box where the food is and then you put a giant fan on it. So you get all of this cooling power completely for free just by virtue of the fact that the truck needs to run on LNG.

Q: What are the cost and carbon savings?

A: In the cold chain space, refrigerated trucks will typically spend somewhere in the region of R130,000 a year in diesel just to run the cooling device that keeps the refrigeration unit cold. One will also produce about 37 tonnes of greenhouse gas emissions per annum. So you get the saving on diesel and it’s a double whammy in the sense that the truck is reducing emissions because it is running on LNG and not just diesel. We’ve quantified that the average truck on the N1 would produce around 96 tonnes [less carbon dioxide] per annum using this system. If you convert just 100 trucks — and that’s not even a big fleet — it is equivalent to planting 300,000 trees.

Q: So is this a proudly South African solution?

A: Yes! When we came up with this concept we started searching around the planet and we have not seen the concept being used anywhere else. But we haven’t gone for patents, this will be open source. If anyone wants to use this technology, call us, we’ll share it for free. It’s of major benefit for the planet so the more people that utilise it, the better for all of us.